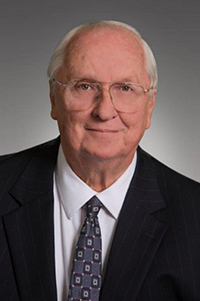 George Ford earned his bachelor’s degree from East Texas Baptist College and his Juris Doctor Degree from South Texas College of Law.  He also joined the Army Reserve Unit in Pasadena.  George also has been an attorney for the Harris County Child Welfare Board. He is recently retired from being the Executive Director for Harris County Protective Services for Children and Adults for almost forty years. Despite being retired, he has continued to work, learn, and share his knowledge of the law. Recently, George has been named the new Executive Director of the Texas Council of Child Welfare Boards. In addition, George has also opened his own law firm where he plans to continue to help his clients.  George’s work ethic is unquestionable and you can be assured he will work endlessly to solve your legal issues. His primary practice areas include drafting of wills and consultation with Social Welfare Boards and Directors. George is a peer reviewer with the Council on Accreditation.