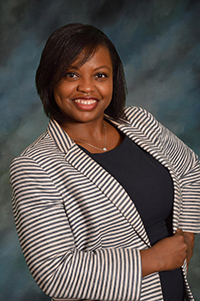 Jana was born and raised in Lafayette, Louisiana, enjoying the likes of gumbo and the New Orleans Saints. In 2006, she moved to Austin, Texas, and graduated from Lyndon B. Johnson High School the following year. Jana received a bachelor’s degree in Government from The University of Texas at Austin in 2011.

After taking a short break from her educational and professional pursuits, Jana moved to Houston, where she received her Juris Doctor degree from Thurgood Marshall School of Law in 2016. During her law school career, she served as National Secretary for the National Black Lawyers Association from 2015-2016. Jana has completed a M.S in Negotiation and Conflict Resolution from Creighton University with a focus on mediation and negotiation training.